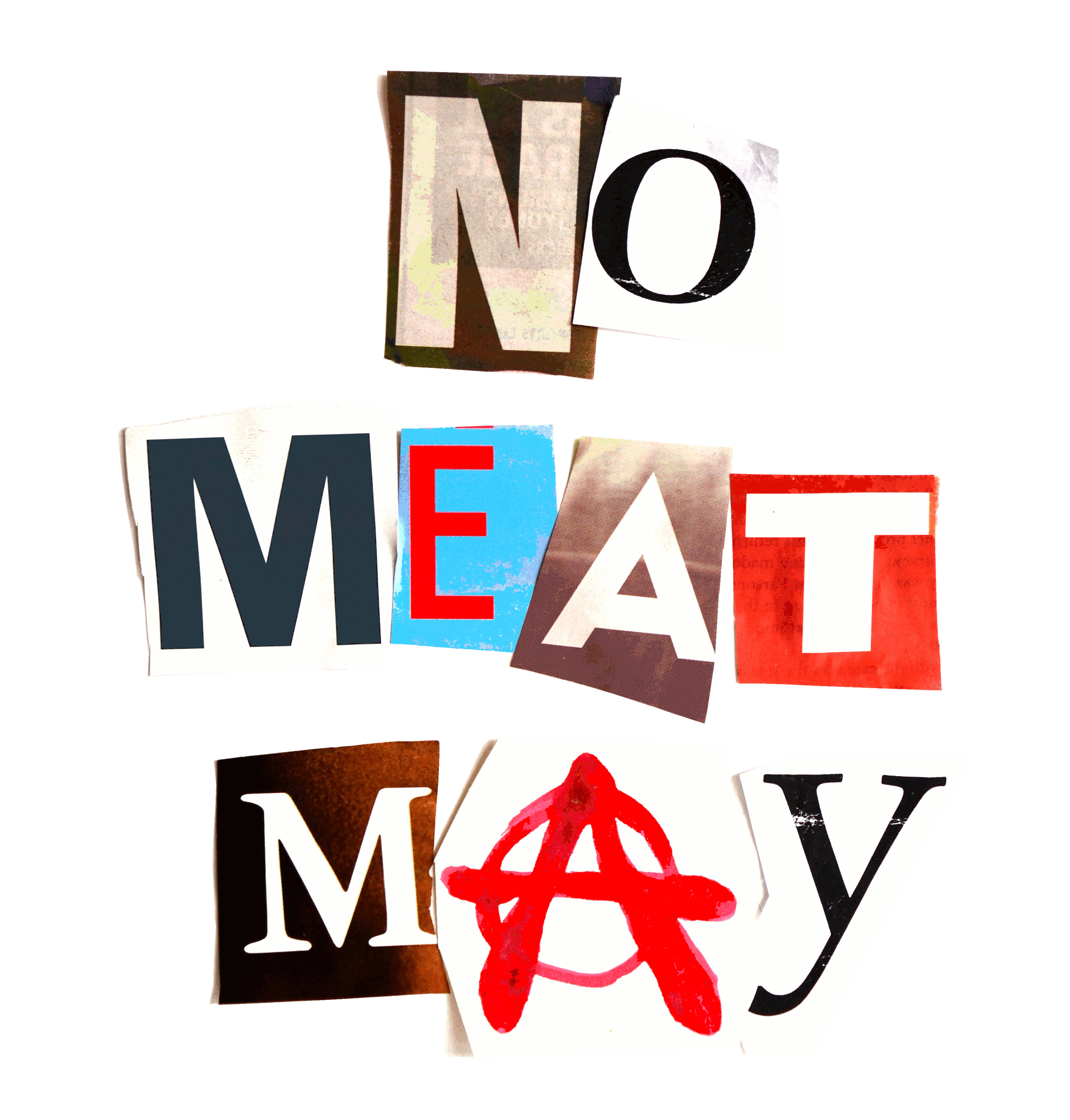 Georgia Brogan for No Meat May 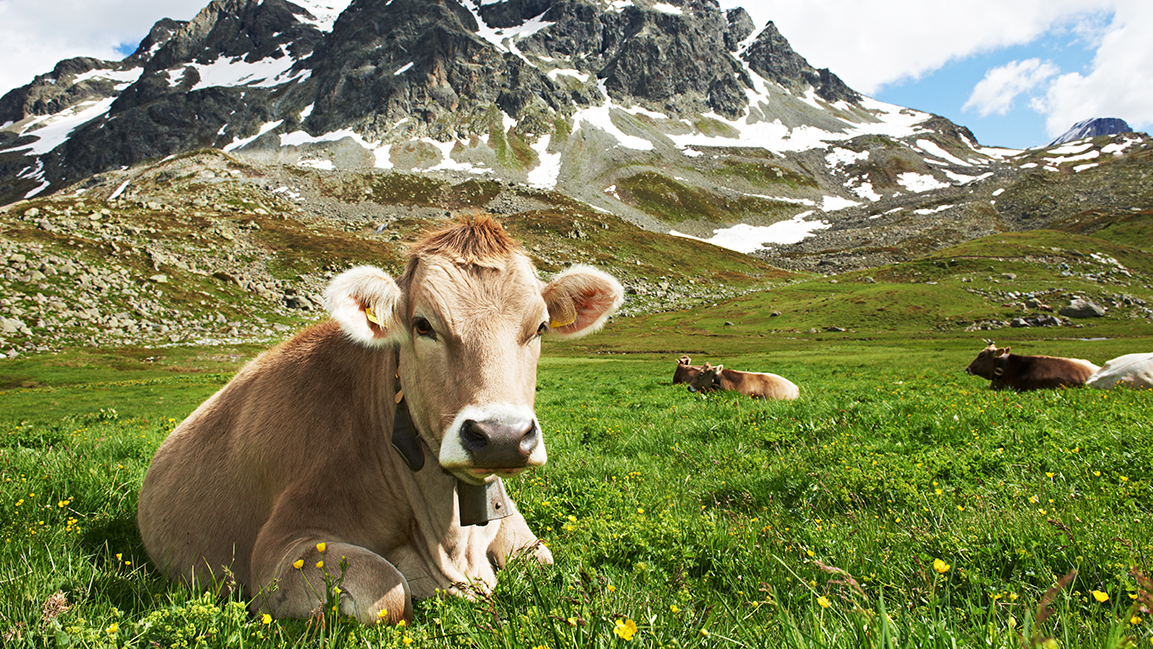 Cows in Advertising, particularly for dairy, are often depicted in lush green fields and mountain landscapes, but the reality is far from this.

Despite the overwhelming evidence that plant-rich eating contributes to a more sustainable, healthier and ethical world, big players in meat production are determined to pose mass-meat consumption as harmless, if not beneficial to the problems faced by our world today.

And they spend billions each year to ensure we continue overconsuming their products.

In this article I debunk some big myths that serve as key marketing material for meat companies.

The meat industry purports to be part of the solution to the climate and nature crisis, not one of its causes. What the actual? This approach has been termed ‘green-washing’. ASIC describes this as the potential for businesses “to overrepresent the extent to which their practices are environmentally friendly, sustainable or ethical.”

Advertising (and in this case, green-washing) in our modern world relies heavily on instilling doubt and using semiotics; brands conveying meaning through signs and symbols, both visual and linguistic. Greenpeace’s eye-opening report explores how members of the meat industry engage with this to posit their brands as ‘environmental friendly’.

This includes packaging with the colour green to signify a natural goodness (i.e. green ticks), reassuring wording such as ‘free-range’, ‘artisanal’, ‘small-scale’, ‘committed to animal welfare’, ‘grass-fed’ and ‘farm fresh.’

Another tricky tactic is meat brands attributing their ‘green’ status to environmentally friendly packaging (i.e. recyclable). Never mind that the meat inside the packets is a huge contributor to environmental damage! 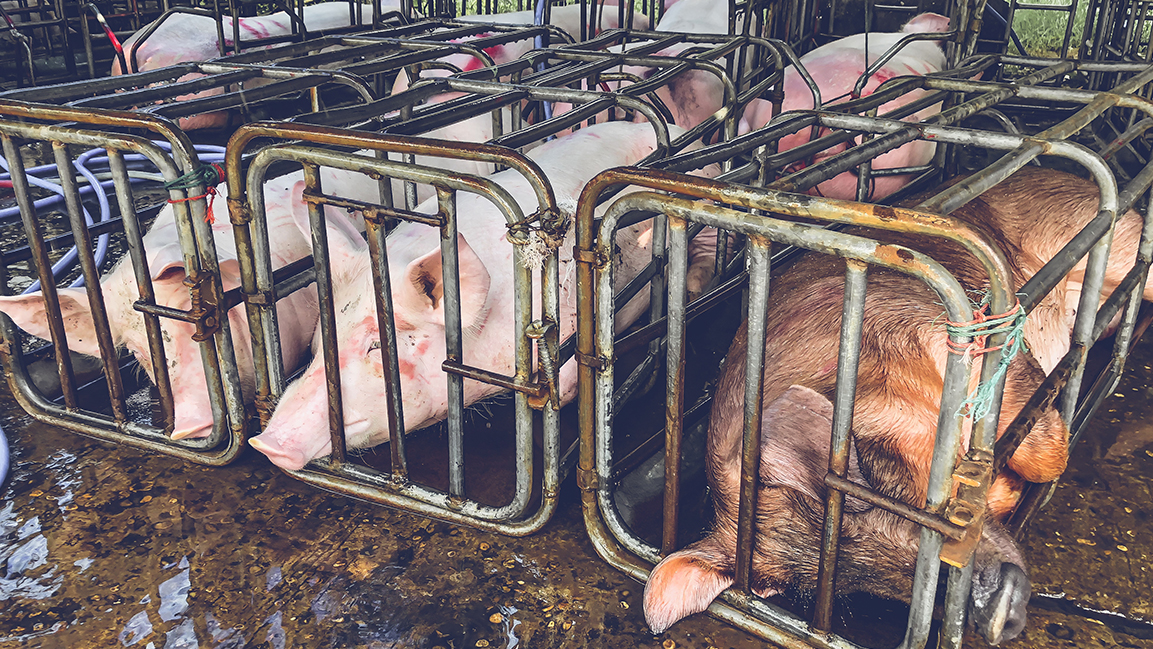 The reality of factory farming is small cages, no room to roam, and immense suffering.

There is an abundance of messaging in the food industry that animal protein is the best or only source of a healthy protein-balanced diet.

In reality, eating meat does not make humans any stronger than a wholesome diet of fruits, vegetables, pulses, grains, nuts and seeds.

“Protein does not have to mean meat. As a matter of fact, many plant foods are excellent sources of protein. And no, it doesn’t have to be tofu. Think beans, lentils, peas, and edamame! Nuts and nut butters, seeds and seed butter! Whole grains contain a fair amount of protein as well.”

Aside from the protein argument, cultural attitudes work to normalise meat-eating as the default diet for humans. More often than not, those that follow vegetarian and vegan diets are expected to explain themselves, as opposed to those that eat meat. You don’t find people asking “so, why are you an omnivore?”, but plant-based eaters are often required to justify why whenever meat-eaters are in the majority.

As in, humans have a strong tendency to conform, taking their behaviour cues from those around them.

What can we take from this sentiment? A tip about the importance of being more discerning in our decision-making, even if we feel compelled to ‘follow the herd.’

Most importantly, that meat-eating being the norm doesn’t mean that it is the ‘right’ or most ‘natural’ or healthy thing to do. Remember smoking used to be the norm not so long ago. 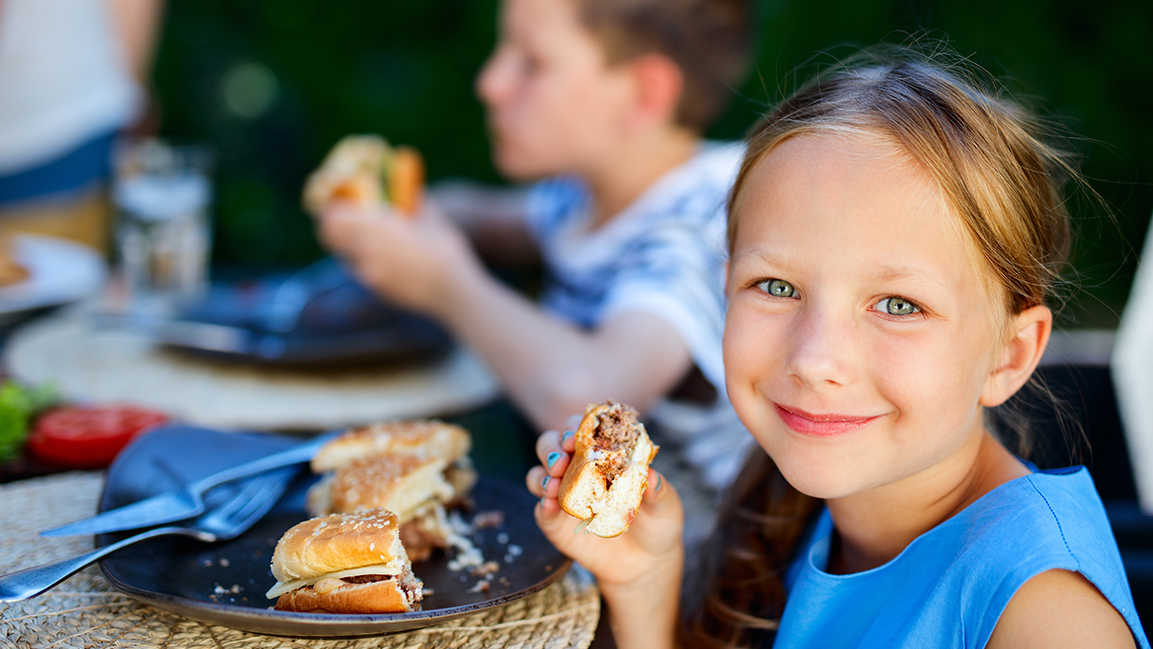 Meat brands use youthful symbology in their advertising, to hardwire meat-eating as innocent and hopeful. Examples of this include bright colours, happy cartoons and other eye-catching packaging designs to attract children’s eyes. As Doctor Brigitte Naderer notes,

“Children are particularly vulnerable to promotional efforts and react to it strongly due to their still developing cognitive and social skills as well as their lack in inhibitory control.”

A lot of influential meat marketing relies upon the damaging stereotype that eating (red) meat makes you more of a man. It is not only psychologically impactul, but a threat to men’s health. In her fascinating paper ‘A Meat Paradox: Media’s Role in Mitigating the Omnivore’s Dilemma’, Karyn Camille Lewis writes that:

“This association leads to heavier meat consumption among men and has been linked to negative physical health outcomes as well as increased mortality.”

Popular characters such as Parks and Recreation’s Ron Swanson epitomise the hyper-masculine meat-eating man. Upon searching him up, my computer offered ‘Ron Swanson meat quotes’ as an automated suggestion.

A repulsion of plant-based foods is a key part of Ron’s schtick. When asked if he wants salad in one episode, he remarks: “Since I am not a rabbit, no, I do not.” When offered vegan bacon in another, he throws it in the bin.

To establish this myth, the chainlink is as follows: meat provides protein, which provides strength, which is seen as synonymous with stereotypical manhood. Meat advertising heavily capitalises on these perceptions. To further attract men to meat, stereotyped ‘vegans’ often feature in meat advertising - crucially characterised as weak and effeminate. 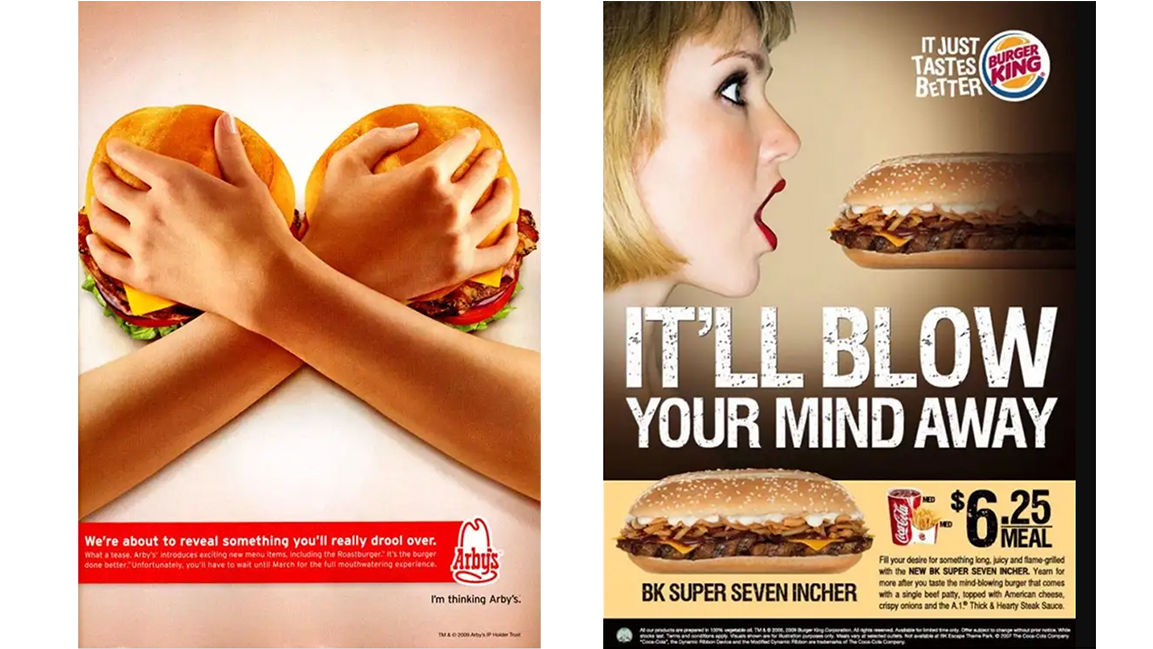 This myth primarily is marketed for and by women. To be an optimal wife and mother, you must feed your family meat. As semiotician Paulina Goch-Kelinaway states:

“To reject meat is like a rejection of her family role. It is almost to reject the marital bond”

This ‘good woman’ myth is also intermingled with the protein myth and the supposed importance of feeding one’s children meat to ensure they grow up strong.

Meat advertising also frequently depicts women in a subservient position, serving meat to their husbands or families, but rarely consuming it themselves.

However, as the concept of the ‘housewife’ has become more outdated, meat-marketing has deftly shifted with the times; meat is now posed as a time-saver and an aid for the working woman.

Equal parts disturbing and offensive, meat advertising can also liken women to meat themselves, or at least associate them with it through sexism and objectification. These advertisements generally presume a male gaze, and by sexualising women alongside meat, meat by association becomes more desirable. This approach helps to bolster the meat-eating for masculinity myth as well.

Meat-eating has also been marketed as a patriotic act; a symbolic show of support or one’s country, its farmers and economy. It has become a symbol of national identity in many ways and thus capitalised on by meat advertisers.

Conversely, plant-based eating has been publicised as contradictory to national values, and a rejection of one's country. It is also seen to compromise the conservative belief that humans possess an innate ‘right’ to dominate all other species, as well as the natural world.

A strong example of this is Meat and Livestock Australia’s ‘You Never Lamb Alone’ campaign which targeted consumers in time for Australia Day. The link between meat-eating and national identity has never been clearer in this video.

Instead of glorifying abundant meat consumption, it’s time to associate love for one’s country with a love for its animals and environment - which a plant-based diet exemplifies.

American patriot Bill Muir is a stellar example, who states that protecting the planet from climate change is the duty of a true patriot. As a result, he has been vegan for 30 years. Watch his story here. 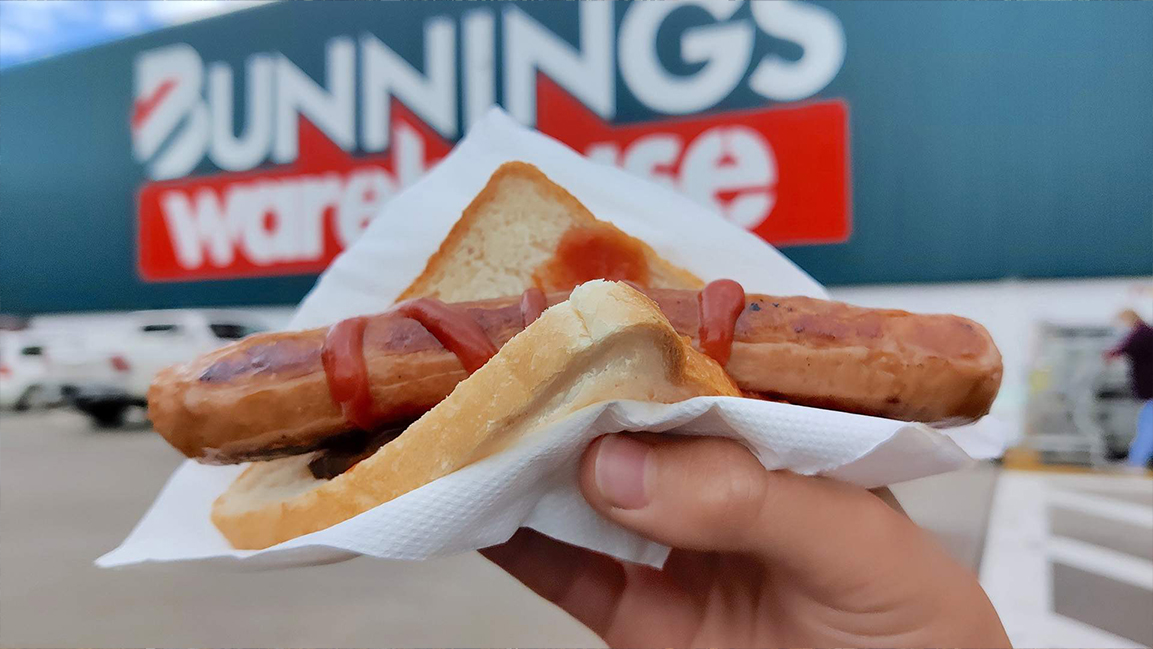 An Aussie icon - the sausage sizzle has become a patriotic ritual to many Australians.

Another concept that arises in meat advertising is that it is a unifying product, connecting the consumer to family, friends and community and instilling a sense of belonging.

It’s easy to do when the cooking and sharing of meat is so ingrained in social gatherings (particularly in western culture).

Think fundraising barbecues, Christmas lunches, Thanksgiving dinners and so on. In Australia, even meat and politics are interlinked, with Democracy Sausages always on offer to voters on their way to the voting booths. It is ritualistic, and humans take comfort in rituals.

Again, this advertisement from Meat and Livestock Australia works hard to associate meat (in this case, lamb) with social togetherness. A notable line is: “Meat doesn't discriminate”

Perhaps not, but nor do nutritious plant-based foods - a smarter, kinder choice in so many ways. For more information, see No Meat May’s 4 Big Reasons to explain why meat-eating is NOT the answer.

Thanks for reading - by staying informed you can help spread the word to others. It is essential that we stay critical of all advertising, no matter how colorful and enticing it might be.

Do it for the next generation!

If you are keen to dive a little deeper into some of these meaty myths, we reccommend the following books. 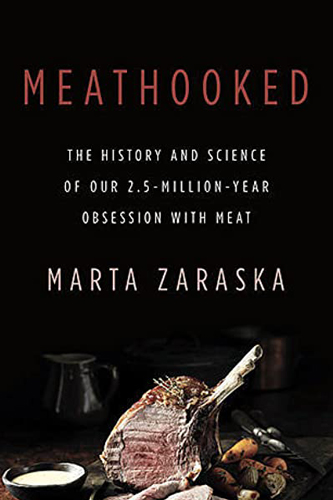 Meathooked: The History and Science Of Our 2.5-Million Year Obsession with Meat 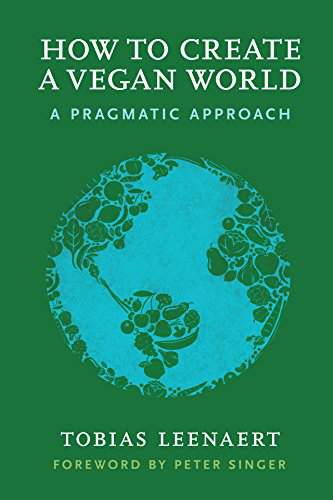 How to Create a Vegan World: A Pragmatic Approach 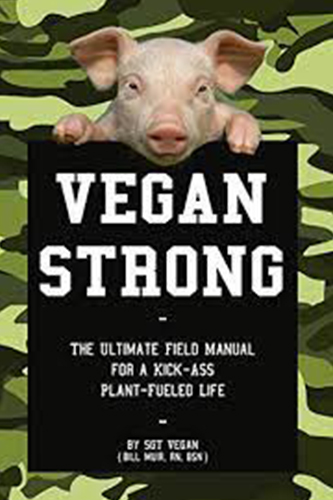 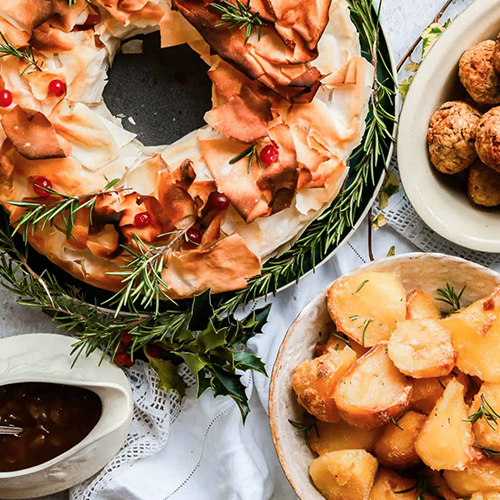 Have a Cracking Cruelty-Free Christmas 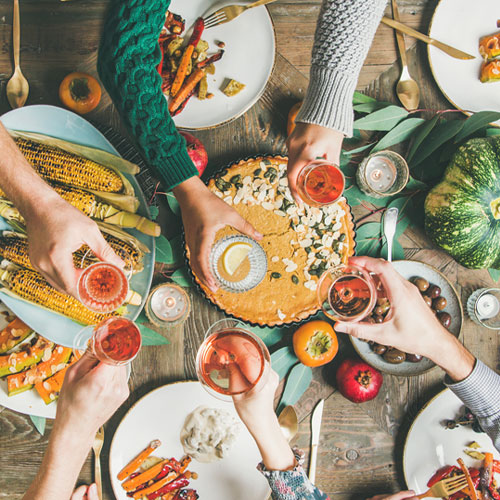 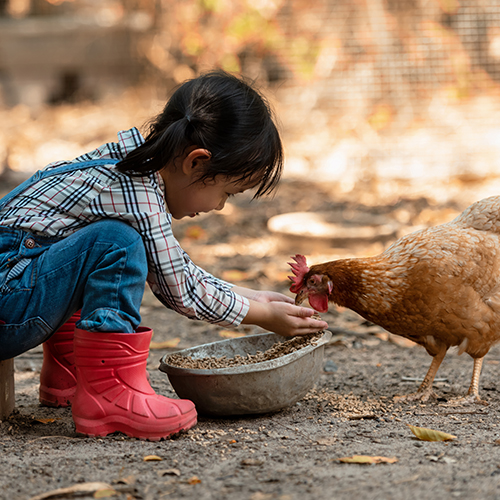 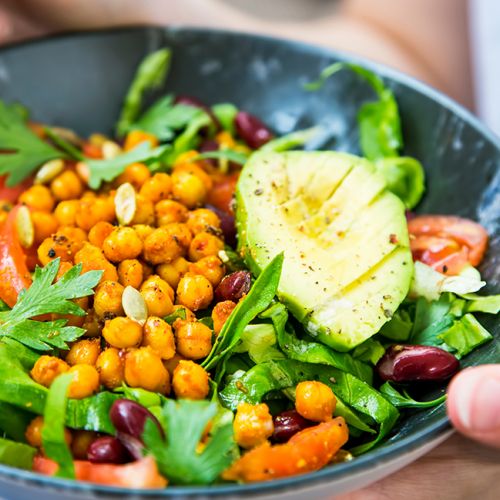 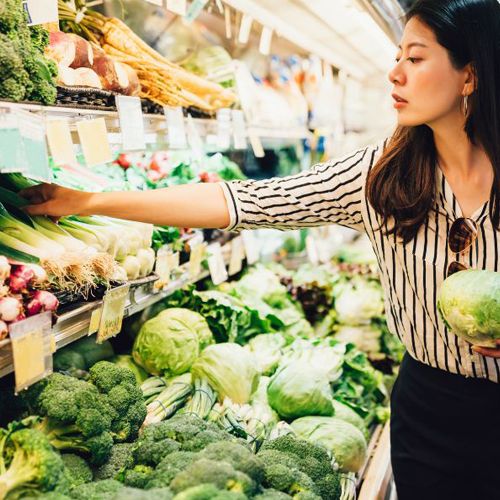 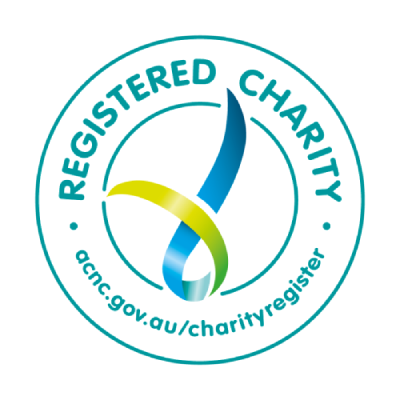 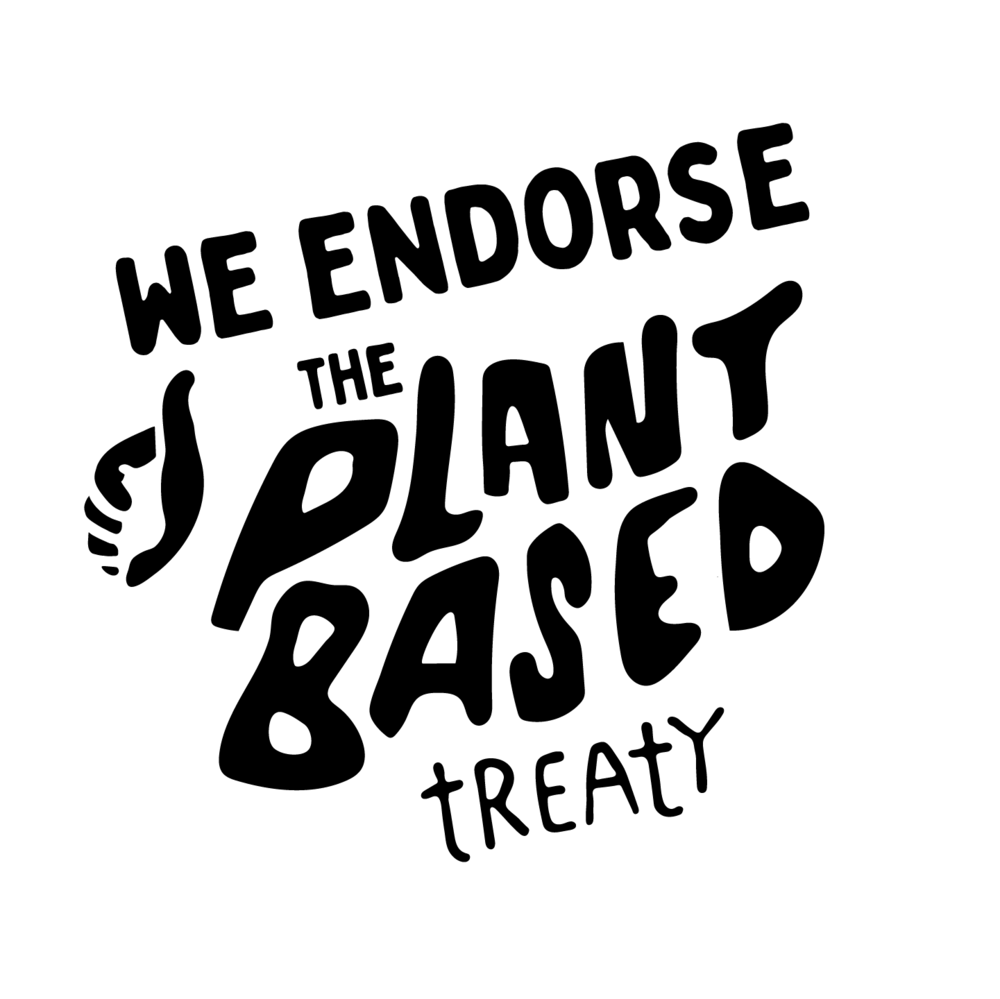